The cat threw up on Louis MacNeice. I moved on to Theodora Fitzgibbon (With Love, 1982), who though air-headed is nice. Louis will dry out eventually, but will I want to go back to him ? Looking forward to: The City & the City.

The pale warm sun throwing very definite shadows of gravestones. The dead leaves scattered on the grass. The bulk of the church, and its shadow dividing the graveyard. A few flowers in cellophane decorating a new grave. The stones, whose inscriptions all seem to face away from the sun, look like dark Gothic windows. Hannah Mary Beardsall is buried here, daughter of Sarah Sandford; as is 267406 Private A Bailey who gave up his identity to the Northumberland Fusiliers, in which war is not clear; and Parker Hinchcliffe, draped in blackberry suckers, oak and holly at the shoulder of his greenish stone, which is carved to represent a scroll. Others lie completely hidden. Nevertheless the churchyard has a kind of calm which I associate with oak woods under some moorland crag in October, until two boys go in with sticks and run about banging them on the gravestones.

Louis MacNeice on El Greco: “Those elongated saints of his are built for speed…”

A prison for the heart. The heart’s longings emerge squashed and distorted, in grimaces made inhuman by the sheer length of time they have been held in place: as if everyone you see there had spent their lives walking poorly-dressed into the wind and rain, which they have not. Hurt from the very beginning, the heart eats too many cakes. It deforms itself looking away from mirrors. It learns to ironise everything. At eighteen years old it has already collapsed like a senile face. You burst into tears on its behalf without knowing why. This city is no place for the heart, which therefore tries not to recognise itself in shop windows full of too-cheap clothes but keeps up a bright chat about its contact lenses, its colon & its high fibre diet. When the heart stares straight out at you here–as in children or lunatics–it’s a frightening, exhilarating experience.

A drawing of the town hall: the artist has subtly accentuated the portico, with its monolithic pillars and architrave, to make it seem menacing and gloomy. Old men sleep in the side doorways. There’s a blanket, a pile of dirty coats. Further on, outside the mall, someone is hosing down the pavement. 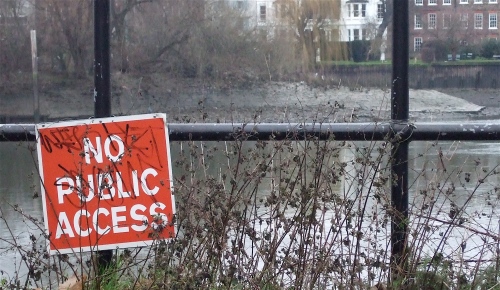 C, who, as you recall, remained invulnerable to the contagion from beyond the stars, has a copy of the Four Corners Books edition of Dracula, with illustrations by Sheffield artist James Pyman. Will she turn out to be Stoker-proof too ? Maybe the sly old count can work his magic on her. Or maybe Pyman’s “hazy pencil works”, which “narrate momentary daydreams or hallucinations in contoured objects”, will do the trick. We shall have to see.

A house alarm goes off, one of those noises halfway between a whistle and wail, modulated to sound both nauseous & like a toy. You expect to see someone pushing their house across the carpet of Barnes towards the river, while sparks come out a turret somewhere near the front. “I’m a victim! I’m a victim!” the alarm goes. “I’m the victim! (No, I did it.)” This is not just an ordinary house. This is a Twenty Five Beautiful Homes house. It has a sexy inturned smile of entitlement when it thinks you aren’t looking. It pretends to be disempowered, maybe even violated. “You’d love me even if I was on trial in Italy for sex-related crimes. But I’m the victim!”

When I say “nauseous”, I mean I’m sick of hearing it. I have intellectual nausea; I am sick of being able to see straight through the last thirty years like a glass window, while that stupid self-satisfied noise keeps on making itself. (“You must always love me,” goes the nice house. “I’m alpha! I’m the victim of my own success!”)

Some days writing isn’t the way to get traction on the world. & when you write fantasy the world can’t get traction on your work. So the things the “mainstream” writer gets free, you rarely get at all. What’s next ? Watch half a film. Ring someone up, ask them about their dreams. Make your life as patchy a discourse as possible. Yesterday morning I watched a heron eating a live eel on the mudbank by the south pier of Hammersmith bridge. Today it was foggy; the mudbank was almost awash. The heron was still waiting there. I fear the river in all its moods & hate low tide as much as I hate partly-foundered ships.

Writing in the London Review of Books about reading comics as a child, Jonathan Lethem gives up trying to context his experience outside himself:

“I’m breaking down here. The royal we and the presumptive you aren’t going to cut it. This is a closed circuit, me and the comics I read and which read me. Stan Lee’s rhetoric of community was a weird, vibrant lie: every single true believer, every single member of the Make Mine Marvel society or whatever the fuck we were meant to be called, received the comics as a private communion with our own obscure and shameful yearnings, and it was miraculous and pornographic to so much as breathe of it to another boy, let alone be initiated by one more knowing. We and you don’t know a thing about what I felt back then, any more than I know a thing about what you felt.” [15.04.04. His italics.]

To an extent, this is how I feel about my New Wave experience between 1965 (when I first read the Moorcock New Worlds) and 1979. Mike had learned how to use club consciousness to raise the morale of the audience. This exercise extended naturally to the writers. It was, in that sense, a team building culture, always in tension with those “obscure and shameful yearnings”.

Lethem’s point is equally applicable to the broader experience of being a writer of sf. Sf has always celebrated itself as a communal effort, an “ongoing discussion” or conversation.

It’s also applicable to the concept of influence as defined by the genre, in which the myth of the communal sharply conflicts with ideas of precedence, provenance and intellectual property, a conflict which, once you’ve noticed it, is both illuminating and deconstructive.

But the broader, more interesting point is about the communality (and communicability) of experience itself. Signs of Life (1997), p192/3: Choe was always more articulate than me.

I like a cold snap. It’s something to get your teeth into.