I’m away for a few days from this evening, off in some invention of the world or other. When I come back I’ll change the extract from Empty Space, maybe to Chapter Six. Who knows, maybe even to the almost mythical Twenty Three. Meanwhile potter about as you will.

Escape began in the 1960s. It was tentative & difficult at first. But later under neoliberalism & identity politics everyone escaped, even the people who were being escaped from. As a result there was nowhere left to go. Escape in that sense was finished as a paradigm & thereafter could only be attached to adverts for hair care product. Escape turned out to be an end, not a beginning. It was a brand; a version of “they lived happily ever after” tenable only as long as you didn’t try to live the other side of it.

The whole of the beach is artificial, white sand trucked in from somewhere else to complete the ruler-straight concrete strip with its fringe of mostly ghastly hotels, lowrise apartment clusters & restaurants. It receives a lot of traffic in the early & late summer but the rest of the year it’s like this, empty, exhausted-looking & scattered with objects you can’t quite understand. If you walk round the point at the south end, though, you find a different kind of beach altogether–rocky, terraced, without beach umbrellas or tourists. You have left a sullen, humid day, with a sort of hidden light coming through the cloud, for sunlight & abrasive air. A brisk inshore wind drives the sea up over the tide pools, the water is a murky detergent of grey and green, & a huge bank of black weed has formed on the tideline. A few hundred yards behind the beach lies the town crematorium, a curious truncated cylinder decorated on the outside with a huge mural like a 1920s woodcut: dead people silhouetted by the invisible sun & weird perspectives of the afterlife. One warning: when they offer you “Tiny Fishes” in the beach cafes, they are not. For me, whitebait are tiny fishes. These fishes are three inches long. On the whole, they eat like whitebait; but tiny is a misnomer. “Quite small” would be better.

John Timberlake teaches fine art at Middlesex University. He has a long-term interest in landscape & the apocalypse. Unable to attend his “Landscape & Eschatology” conference earlier this year at Tate Britain, & interested in how John’s own work interacts with the apocalyptic sublime, I asked him if he’d like to contribute a guest post for the Ambiente Hotel. Here’s what he wrote–

The piece being shown in the large exhibition “Dark Sky” in Wellington, Another Country XIV, is from a series I made between 1999 – 2001. The works have a complicated geneology (and it’s interesting that one has been included in a show predominantly about astronomy) but as the curators, Geoffrey Batchen and Christina Barton, say in the catalogue, my work aims to expand the conceptions of historical landscape to incorporate fictions and phantoms.

In 1999 apocalyptic themes abounded. I wanted to locate mine to some specific historical and cultural reference points, and also to give them a DIY feel. I made dioramas with painted backdrops, in which skies from C18th Romantic paintings showed mushroom clouds from Britain’s 1950s nuclear tests, photographs of which I’d found in the Imperial War Museum’s photographic archive. The dioramas were photographed and exhibited as large (non digital) prints. The idea of a landscape showing a hazy dream of nuclear war originated there in the museum – the source photographs were in a box file labelled ‘Atomic Warfare’ – an imagined war amidst all the other records of historical events.

I made AC XIV in New York in October 2001, when my original thoughts around the shifting cultural echoes after the Cold War were being supplanted by the advent of ‘The War on Terror’. I arrived in NY on Saturday 8 September, having gained a place on the Whitney Museum’s studio programme for artists, which is based in Lower Manhattan. Still finding my bearings in that uncanny city, I’d watched the second fireball as Flight 175 hit the south tower of the World Trade Centre that Tuesday from the rooftop of an East 7th St apartment. The composition of AC XIV is based on JMW Turner’s Millbank by Moonlight, with Turner’s moon supplanted by a fireball from one of the Antler tests at Maralinga. In the traumatised atmosphere of New York that autumn, I was particularly interested in the sublime event as rupture(s) in the social fabric as much as a single spectacle in the landscape. Nuclear test photos often contain onlookers with their backs to the viewer, akin to Caspar David Friedrich’s famous early C19th Romantic paintings.In Another Country XIV the figures were not posed as onlookers as much as ‘caught by the flash’, perhaps doing something furtive or ‘unseen’ in the manner of other nocturnes.

My interest in painting has always been focussed on what I see as those moments when it occurs as if unselfconsciously, not as ‘high art’ but rather as a supplement to something. I’m interested in painting when it’s illustration, when it’s a backdrop, and also when it’s an ‘artist’s impression’. This last category interests me because of a sort of inadequate quality. The pictures I’m showing with my friend Ron Haselden in Paris, are ‘artist’s impressions’. After the Another Country series my landscapes moved towards satellite and aerial type views.

Firstly I made photos of model planets called News From Nowhere, then horizonless photographs of waste ground into which I sketched imaginary canyons and mountains. One of these, Colony 10, appeared on the Op Ed page of The Guardian 2/9/06. At the same time I started making oil sketches of the distorted renderings on Google Earth. In this way I conducted a Grand Tour. I found Google Earth quite depressing. There was a sort of ‘anti spectacular’ quality to it, but that also seemed interesting. My own painterly attempts to supplement with added colour, skies etc stands in place of the absence of actual figures in the landscapes. There’s a sublime aspect to this project, but of a very different character to that of the nuclear test work. It’s a fragmented, deflationary, anti-sublime, where power is represented as diffuse (routine satellite surveillance, global positioning systems etc) rather than an overwhelming single spectacle.

photograph discovered inside a copy of Chapman’s Homer

Inscription on reverse reads: “Guests as seen in the walled garden at the Ambiente Hotel.” & then, in a different hand: “c/a 1963?”

i said i can’t do it

back out in the cold

Some forms of SF are becoming irrelevant not because we’re living in “the future” but because, with the rise of gadgetopia over the last decade or so, science has begun to directly claim its place in the spectacle. In another ten years, with less need for publicity partners, shared branding may be over as far as the major stakeholder is concerned. But this could be an advantage. No longer a junior partner in the TED/SciArt project–no longer limited to proselytising, cheerleading & pegagogic duties, & owing no one anything in the way of intellectual fealty–science fiction could return to one of its shadowier, guiltier, more fulfillingly imaginative relationships with the concept of knowledge. SF writers could rediscover the freedom of being unapproved outsiders working in a space which precisely isn’t an internet teaching aid.

Because I’m repulsed by the very pronunciation of Gove’s name–not to say by the narcissistic self-righteousness he can be seen visibly repressing on every public outing–I haven’t been following this. How extraordinary. Is it from a bucket list, do you think, written age 13 in the first flood of pubescent religious fever, “100 things I’ll do to make people love me and God when I become King” ? Is it a “vow” ? Meanwhile, by pretending, in a kind of Swiftian gesture, to support the Guv, Dawkins shows once again that scientists can’t do politics because they are always too distracted by their own intelligence.

…he sat by his window and looked out over the waste lots, hoping to recognise something, or place himself on his night’s travels. But as usual what could be seen from the window bore no resemblance to what was endured on the ground. 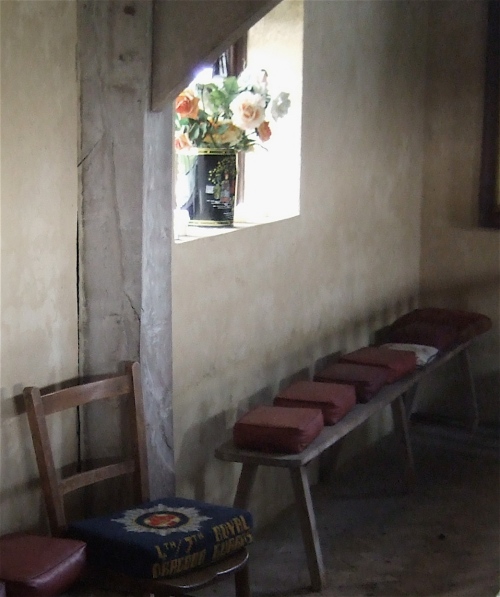 what’s he building in there

Over-sophisticated notes tend to retain their strong original structures, along with attachment points which permit them to be bolted on to one another only at certain angles. They become little bits of fiction in themselves. Much of the effort of writing then consists not just in breaking up these structures–seeing them in a new light–but in knocking off shaping conventions & writing new ones in an effort to encourage connectivity. If, despite this juggling & bridging & gentle provision of opportunity, the components still won’t fall into the shape they seem to suggest, then some grosser intervention has to be provided. One’s reluctance to resort to this isn’t just a reluctance to be untrue to the perception contained in the original material: it’s the terror of the false note. Or, really, the terror of the search to find the true one.