halloween, or Charlie Mingus at the Well of Souls

You’ve been inside the mystery long enough not to care anymore that you can’t encompass it. In fact you’ve been inside long enough to prefer a position a little way outside, just left of the door. The view is more interesting. Parallax error runs in the background of everything you see, like a little bit of code totting up Air Miles and Nectar Points and so on. The main thing is that you don’t have to try, although it takes a few decades of trying before you discover that. You have to put in those decades, then one day you just upend an old wooden box on the pavement and start selling your CDs from it. People see you there night and day and they wonder about your life, something that stopped puzzling you years ago. You’re happy at last, give them a few years and they will be too.

Washed within the hoods of cars and one-story homes, three globally renowned scholars arrive at the Book Club. Their names are: Mark Waller, Cokay Food and “Citizen Exceed”. For our one week brain-training protocol, no auto sales experience is necessary. Everything you eat while you’re here–along with the movements you develop–is done with caution. TED talk: during the first morning session “Citizen Exceed”, rated M, will explore a wide array of accessories available in the world today. (Portable to be fixed.)

Reader Simon Spanton sends us a “moment” from his holidays– 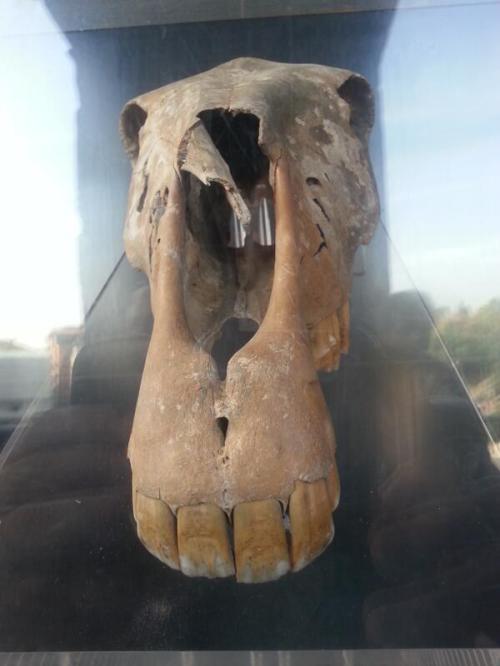 Please do not remove this picture from the back bar notice board.

getting out of there

Here’s a taste of “Getting Out of There”, a new story published as a run of 200 signed & numbered chapbooks by Nick Royle at the Nightjar Press. If you’re quick you might get one.

Hampson came back after some years, to the seaside in the rain, to this town built around a small estuary where a river broke through the chalk downs. Everything–everything people knew about, anyway–came in through that gap, by road or rail; and that’s the way Hampson came too, down from London, midweek, in a rental van, unsure of what he would find for himself after so long. He had options, but since he wasn’t sure about them either, he rented a single room on one of the quiet wide roads that run down from the old town.

The day he moved in, he realised that not all the things he had brought back with him–bits of furniture, endless half-filled cardboard boxes sealed with gaffa tape–would fit in there, so he drove the van to a self-storage under some railway arches where the London Road left the centre of town. It was a bit back from the seafront, the usual kind of place, not very modern, with untreated breeze-block cubicles of different sizes, behind doors that were little more than plywood. He spent a morning carrying things around in there, then looked into the office on his way out. Behind the desk he found a woman he recognised.

not part of that

This is one of the short stories I read at Lancaster LitFest. Originally it was called “Cocking A Snook”, & it was commissioned and performed by Barbara Campbell as part of her massive “1001 Nights Cast” project–

I lived the whole of that year in a long house with a single corridor running past every room.

While the corridor had no windows, the rooms looked out on to a harbour lively with heat and warships. Some rooms were dilapidated, with holes in the floors, collapsed ceilings, home to colonies of lizards and palm squirrels. Others were occupied by people like me who had never stayed in one place long enough to learn to look after themselves. Yet others were really good rooms, cool, intact, full of contemporary sound equipment, interesting steamed plywood furniture and themes from Western lifestyle magazines. Tired of my original quarters, I was looking for somewhere quiet and without distractions. I had work that needed to be done: even more, perhaps, it needed to be organised.

It was impossible to calculate how many rooms there were in the long house. This information was known only to the figures of authority who often squatted in a line along one side of the corridor eating fish curry with rice. I soon found an unoccupied room, characterised by a large table full of neglected plants in pots and some veinous diagrams at different heights on the walls. Someone had built a shelter out of flattened cardboard boxes in one corner. The floor was littered with dirty flex, yellow cardboard boxes of nails, bags of chemicals that had burst in the heat, and the plastic toys you buy for hamsters. There was some sense that this was the detritus of not one but several previous attempts to inhabit the room.

I had to pick up that mess before I could start. But this is how puzzling the whole experience became: as I got rid of things, new things would appear. Someone’s laundry, rammed into three or four binbags. Personal objects, such as: a broken Breitling chronometer, a framed photograph of the breakfast room of the Colonial Hotel. Confectionary. I would pack this stuff into other binbags and throw them into the corridor, then go back along the corridor for some things of my own. Each time I returned, there was more stuff. It was always different.

At lunchtime I hadn’t done any work. I hadn’t even taken my iPad out of its slipcase, that’s how bad things were. I ate lunch with an old friend, who was anxious to be certain nothing of hers was among the belongings I had moved out of my original room. She was leaving later that day by air.

“These people,” she said, “don’t want help. They’re cocking a snook at everything we think worthwhile.”

“It was what my father used to to say.”

We smiled at one another.

Then she took my wrist in one of her hands in a way she had and said, “I want to be sure you’ll be all right.”

I would be fine I said, I would be all right. But when I got back from lunch I surprised another man in the room. He was a local, younger than me, a bit scruffy, a bit ordinary. He wore cheap, ordinary clothes and even his stubble was worn-looking, as if he worked hard at some ordinary job. He had a radio playing the local music. He was stuffing my things into carrier bags and stacking them in the corridor. He thought the room was his.

“It has always been mine,” he said. “It was always my room from when I came here.”

At first, I felt aggrieved. My work needed to be done. It needed, more than anything else, organising. Yet I was quickly convinced by the sincerity of this man’s belief that it had been his room before I tried to occupy it. It had never been “spare”, or mine to organise. I went round picking up my remaining things, while he sat on the windowsill and watched me with a calm expression. Behind him the warships flickered in the heat haze in the harbour.

“If you had nowhere else to go,” he said, “you could use this room. But you would have to share it with me.”

I was anxious to explain. I could easily go somewhere else, I was just looking for somewhere quiet to work. I was a writer. I was writing about the big changes that were going to happen here.

“They are bigger changes than you think,” he said.

I left him there, his head turned so that he could look out of the window while the radio filled the air with music, and went back down the long corridor, peeping into all the really good rooms, full of expensive old furniture or looking like the lobbies of comfortable hotels, thinking that I would never have a room like that, and rather dreading going back to the quarters I had come from, which would be unwelcoming, disordered, full of flies.

But when I got there I found that the figures of authority had inspected it while I was away. It was now the gateway to a rolling endless landscape of tall grass, under a lighting effect from a the cover of a commercial fantasy novel. In the foreground, lying on the grass in front of a bench, was something which looked partly like a woman and partly like an oriental cat a kind of ivory white colour, which though it first seemed immobile, was slowly writhing and moving, struggling not to become one thing or the other but to remain both things at the same time. Something else was happening, too, maybe some people grouped in the foreground, I can’t remember. I was struck by the potential of this landscape, rolling away under its alien light. I heard a voice say, “You need never leave here.” A beautiful tranquility came over me, along with a sense of my own possibilities.

After a moment or two, the young man whose room I had tried to occupy came up behind me. He touched my shoulder.

“This room also belongs to me,” he said.

the way back home

Danny MacAskill is essentially an entertainer. That’s how he earns his living. The combination of technicality, discipline & sheer joy of living he displays in this video leaves most popular fiction–100% a form of entertainment–looking sludgy & banal, even in its own terms. Why doesn’t popular fiction encourage writers as entertainingly skilful as this? Because we do not value the skillset itself, only the story it mediates. We long ago separated the skillset out and donated it to literary fiction. Danny MacAskill doesn’t tell a story. He just is. Indeed, by the look of it, he just is the skillset. As a result I cry every time I watch him perform, because the performance is so much more intense than anything I’ve ever made.

sorry to have to say this again, but

Science fiction survives on its metaphors, catching an echo from the human context then rifling current science for an image or chain of images to act as a correlative. The rationales behind this project (including the rationale that it’s all rational, the claim that the project has, or should have, more in common with scientific discourse than poetic, philosophical or political discourse) are less important to the general reader than the excitement of the found image. Science fiction is not read as a form of peer-reviewed publication.