I experienced queasy deja vu when I opened this recently rediscovered John Wyndham novel. The prose was cheap. The concepts were cheap. The paper was cheap. The glutinous wordplay in the title made me feel cheap for having read it. For a moment I might have been back reviewing cheap sf, 1969. I promised myself I would never do that again, but here you go. Knock yourself out.

Dave TV is running old episodes of helicopter rescue programmes. I switch on straight into footage of the 2004 Boscastle flood. Machines from different services edge nervously round each other in the sky, trying not to run into one another, or into any wires or hills. Boscastle has aged suddenly, taking on the visual status of a ruin falling back into the coastline, a deserted mining village in a brown & white photograph. “It’s mayhem down there,” someone’s dispatcher remarks, looking at the floating cars banging off buildings and bridges on their way down to the sea. Then he adds thoughtfully, “You’ve still got those powerlines off to your left.” Normally, one of the helicopters would fly up to 5,000 feet and from there co-ordinate the operations of the others. But the continuing storm prevents that. So they land gingerly on the local football field and negotiate. There’s so much custom for them in Boscastle you get the feeling they’re embarrassed. In programmes like these there are always plenty of numbers. In 2004, for instance, 76 cars were swept through Boscastle and ended up in the sea. I’m not here for the statistics. I’m here for the helicopter porn. A red and white Coast Guard Sea King is fastened above the greyish-brown turbulence; only the water and the rotor blades are moving; the machine has a body-language of intense attentiveness, as if it is fishing. Adolescent holidaymakers are the more usual subjects of rescue. They become separated from their bodyboards, or fall off a cliff drunk or go too far on a rubber dinghy. “There’s no let up for Whiskey Bravo,” the voiceover tells us. The crew of Whiskey Bravo wouldn’t want one. They want to work. I deeply admire their calm concentration & their quiet, especially practical argot, the rhythms and stresses of which return language to something worthwhile (from what I know it as, anyway, something you can never trust even–indeed especially–when you made it yourself). “The downwash is right underneath us. Steady. In contact. Steady, steady. Just over the surf line, two feet on the main gear on the right.”

Consumers are growing sick of consumerism! How can we consumerise that ? Well, first we have to tell them that’s what they’re doing; they’re growing sick of consumerism. Then we have to centralise them in a myth of themselves as coping. We have to sell them themselves, making these powerful, almost surprising choices in their strong, surprising lives. They’re “making do & mending”, these strong, sensible people! We admire that so! We can sell them something for it. Something they can consume. Every cloud, for us, has this silver lining.

In the early 80s I wrote a note about a little girl called Anna, having a tantrum in a bookshop. Something about her relationship with her mother, whose name I have forgotten, made me feel Anna would have a disordered life. I never could make anything of this note. It lay dormant for 20 years, then gave birth to Anna Kearney in Light. It was dormant again until this morning when I took the original Anna out of her box &, handling her very carefully in case she fell to pieces, wondered for the millionth time if I could do anything with her: only to realise, finally, that I already had. This Anna’s mother was thin, epileptic, nervy. Hindsight leads me to suspect she didn’t eat much. This Anna is my key to the Anna I need to write in Pearlant–a woman now 50 years old & setting out on the last part of the unconscious journey of the author.

Andy McDuffie sends an improved image of the inner sleeve art from Chunga’s Revenge. I identified heavily with that vacuum cleaner at the time. It was such a metaphor of the creative process & how you felt when you were on form. You had the fire. You had the dark Gypsy European night. You were dancing & wheeling by the light of the flames. You were weird. At the same time you were the engineer, the desk, the observer, the interrogator, the double, mon semblable, mon frere. What could emerge from that but Viriconium ? Thanks again Andy.

room 121 at the ambiente hotel

While endeavouring to stamp down the cracked & buckled lino in the first floor corridor I heard voices from Mrs Decateur’s old room, number 121. When I put my ear to the door, they stopped. It was Tuesday, & the wind was rattling the balconies on that side of the building, bringing with it the sound of a siren, the faint yellow wail of a saxophone from one of the Parton Street bars. Flipping the cover off my uncle Maria’s tarnished old silver hunter, I turned it so that its dial caught the forty watt light: exactly eight thirty-two. Ah, I thought, so the rumours are unfounded. The Theory Cadre was back. 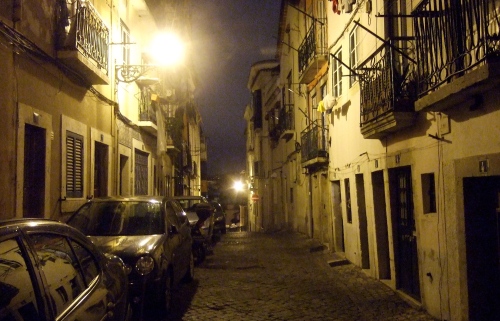 I made my way quietly down to the lobby & later sent Fleur, the girl who works in the back bar, up to 121 with a bottle of sixty year old British sherry & as many clean glasses as she could find. At midnight the lobby phone rang three times. I let a minute go by, then picked it up and said, “Hello, Alice.”

is a wren a mammal

Someone’s not getting the joke.

light & the essence of truth

James Holden on Heidegger & Light, at Writing Technologies. Please do leave a comment here, or email me, if you have a position on this.

Martin at Everything is Nice points to this podcast of Michel Faber reading his short story “The Fahrenheit Twins”, with Eno providing the music. The eponymous collection is excellent; and Under the Skin is simply one of the blackest & most hilarious novels you will ever read. I hope I’m preaching to the converted here, but if I can reach out to one reader who isn’t yet in the fold etc etc.

A young Christian militiaman looks out over Beirut. He is about to discover that, for reasons of its own, the UN keeps not peace there but war. “Signal flares were falling over the city in calculated but mysterious patterns.”

Strong Ballardian images like this hang above the fourteen stories in War Fever, illuminating the Ballardian inner landscape that riots beneath. Quite often you expect them to turn into doves: but they don’t.

An institutionalised psychopath, simultaneously obsessed with and terrified by the exploration of space, assaults the visiting Home Office doctor. Suddenly, he catches sight of a Sotheby’s catalogue among the doctor’s papers. It has fallen open at the reproduction of a Samuel Palmer painting. “That serene light over the visionary meadows… appeared to calm him. He gazed at me in an uncanny way, bowing as if he assumed that I was the painter.”

World War 3 lasts “no more than 245 seconds”. Its other extraordinary feature, Ballard is able to reveal, is that a suburban paediatrician living in Arlington, “a few miles west of Washington DC”, is the only person to notice it.

Bizarre organo-phosphates fertilise the barren shores of an island off the coast of Puerto Rico. Meanwhile the cabin boy of the ship that spilled them is acting out Ballard’s pataphysical misreading of The Tempest, in which Prospero–here, the agri-chemical industry–has created “a new form of life”. New fruits–seedless, so that “the life of the individual becomes the entire life of the species” –glow “through the overheated light like jewels”. New birds are crushed by the weight of their own exotic plumage. At the end of the story, though, the Earthly Paradise corrupts. All the new vegetation is dead. Our Caliban, the cabin boy, isn’t the Adam he hoped he would be. Or is he ? Prospero’s island is as much a domain of opportunity as horror, after all: are we already a new form of life ? Ballard is not going to accept easy metaphors.

In this kind of fiction the events of the story need be little more than pantomimic. They are only a notation which enables the conceit to develop. Character is even less important, and here Ballard saves energy as he has always done, by leaving out what bores him. We have met these decaying world leaders, doomed terrorists, somnambulistic housewives and ambitious lady biologists before. By now they are as schematic as the characters of a pornographer. Not that the traits displayed would be of much use to the consumer of pornography. Ronald Reagan, for instance, is reduced to his own medical data:

“…Mr Reagan’s inter-cranial pressure is satisfactory. All motor and cognitive functions are normal for a man of the President’s age… At 2:35 local time President Reagan completed a satisfactory bowel motion.”

Many of the stories don’t need to be peopled at all. “The Index” is literally an index, but also figuratively, in the sense that it is a spoor representing, says Ballard, “the unpublished and perhaps suppressed autobiography of a man who may well have been one of the most remarkable figures of the 20th century.”

“Answers to a Questionnaire” is a spoor, too:

“19) My greatest ambition is to turn into a TV programme.”

If this discreet yet exotic quality of alienation–the transubstantiation of people into documents–saves Ballard from the accusation of laziness, it is the Swiftian sarcasm of stories like “The Secret History of World War 3” that diverts the accusation of frigidity. That he cares deeply can be seen immediately you read beyond each conceit. But his affect does seem tied, knotted round a few obsessively re-enacted scenes whose psychological import we can only intuit. War Fever, like all his work, is very much the fiction of ideas, of semiotics and remote-controlled metaphysical jokes, not people.

Ballard launches these dream cargoes towards us, spicy with oxymoron–the promise held out by pollution, the peaceful uses of war, the sanity of psychosis–and poetic imagery. We wait impatiently on the beach to unload and unpack them. Suddenly we feel his eye on us, and shiver. For just a moment it seems like the eye of the iguana which haunted the jungles of his own early work: unfathomable, reptilian, more than a little cold-blooded.