the bells, the bells

One of the books that came out of storage was Geoffrey Grigson’s idiosyncratic 1958 classic, The Englishman’s Flora. I bought it in a Paladin reprint in 1975 and thereafter used it less as a manual than as a source for Viriconium place names, groups of words which I would gleefully modify out of recognition within days. Grigson describes Campanula trachelium, Throatwort or the Nettle-leaved Bellflower, as “A tall plant secreting a yellow latex–the double signature of its value against a severe sore throat and tonsilitus, and in Germany, therefore, Halskraut.” That “double signature” is one of Grigson’s values to the user. Another is his obsessive collection of common names: C trachelium has only two, BLUE FOXGLOVE (in Shropshire) and COVENTRY BELLS. I remember Coventry Bells from my childhood in Warwickshire, but as a speech item rather than a plant, a pattern of words the faint resonance of which you might catch in later life from an HE Bates story. Gerard, Grigson notes, knew them from “the lowe woods and hedgerows of Kent about Canterburie” and didn’t think much of this name; he believed C trachelium should be called the Canterbury Bell, “a name which rose from the likeness of the flower bells to the St Thomas’s Bells, badges made of latten, bought by pilgrims to the Canterbury shrine of Thomas a Beckett.” Latten is any metal hammered into thin sheets, but usually some form of brass. Another word from my deep past, during which I gained an O level in metalwork. I was so cack-handed the teacher couldn’t believe I’d passed. “You must have done it on the theory,” he told me, scratching his head puzzledly in a corridor outside the workshops. It’s true that at thirteen years old I had been shunted into his classes from the woodwork course, on the grounds that it would take me longer to ruin a piece of metal than a piece of wood.

take the stairway to the stairs

I cleaned the stairs again this morning. I clean them often, mainly as an excuse to be on them, to be in close contact with them. I love to be abroad on these stairs. I love their proportions, their cool still air. They have a calmness which easily transmits itself to me. I’d live on these stairs if I could. Lock all the doors to the rooms, except the bathroom and the kitchen. Sleep on the top landing, work on the next one down. There’d be plenty of space. And plenty of light coming in through the long windows. I could keep my stuff in a blanket box. I love blanket boxes. I wouldn’t own much–a couple of pairs of jeans, underwear. There would just be room for a mattress on one floor, a desk and chair on the other. The outdoor stuff I could hang in the hall, that wouldn’t change; shoes I’d line up in the hall, too. I’m not sure whether I’d allow myself to leave the house, but I suppose I would have to. It’s not a matter of dealing with claustrophobia–because how could you suffer claustrophobia in all that space and light?–so much as doing the shopping, or getting exercise. I suppose I could have stuff delivered. If I absolutely had to go out, I’d try to confine myself to the garden as much as possible; and on wet days stare out of the landing windows at the hollyhocks bending in the rain. Hollyhocks are ridiculously tall. Strictly speaking, the garden isn’t quite where the stairs end. They make another turn and continue down into the cellars.

Just to confirm some outings this year. For Midlanders, I’m at the Pow-Wow LitFest in Birmingham on Sunday 15th September, which has the vast advantage of being held in a pub garden. Then I’ll be exchanging the usual shallow banter with Nick Royle at the Lancaster Literary Festival, 16th October. Finally, on 7th November I’ll be the least of the performers at the Weird Fiction Reading Event at the Horse Hospital. If anyone else is interested in booking me for a reading, I can be found here or @mjohnharrison, or via my agent. I’m less interested in giving talks.

Guests, normally kept in the most humane of conditions elsewhere in the hotel, are sometimes encouraged to leave their quarters and practise their skills in the public areas. They are surprisingly gifted! Talents include karaoke, balancing small items on their edges, and a kind of dance particular to the Midlands. Children are always welcome. Here, two guests can be seen enjoying their liberty in the upstairs back bar on Two for One Tuesday– 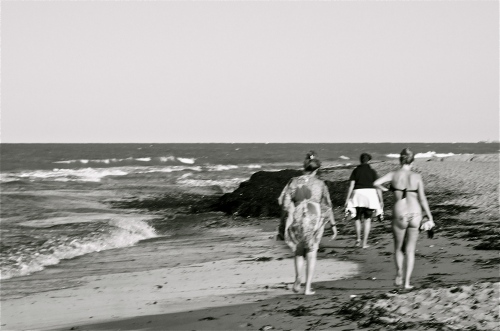 anyone know what this is?

Deciduous woodland, by an old railway line. Sorry the picture’s no good.

some kind of gluey ash

“I forgot to say,” I wrote to her, “that we had some rain yesterday. And some hail. And some high winds. It’s very children’s book up here.” Then, the following afternoon: “This is going to be a permanent adventure. The main fusebox switched off everything but the lower ring main just as it got dark. An overnight leak in the bathroom dripped through the floor and into the kitchen sink.”

I was trying to entertain her, but she only wrote back: “I’m surprised your surveyor didn’t pick up on the leak.”

Later, I emailed: “I’ve got a feeling no one’s used the bidet for years.” To be honest I had only used it myself because I couldn’t find anywhere else to clean my shoes, which had picked up some kind of gluey ash in the garden. “I’m painting the study ivory white. Ivory white is a story in itself.”

While I was writing that a wasp pushed itself into the room from behind the wooden blanket chest, as suddenly as if it had made itself from nothing. I looked behind the chest and found a ventilator, daubed with layers of paint. Had the wasp blundered down the old chimney? It flew straight up into one of the skylights and sat on a bent nail, grooming its antennae. I tried to hit it with the local freesheet, but I couldn’t reach that high; and anyway I didn’t believe in it as a wasp. My writing long ago began to fill up with characters who suspect that they don’t understand the world: not because the world is impossible to understand (though it is) but because their intelligence has either reached its own limits or the emotional limits that demark what it can be allowed to understand.

Old Adult fiction: engaging issues of concern to the senior citizen. Like younger people, older people often express a desire to have “something of their own”, with a label on it that says it was written by a kind, balanced, thoughtful forty year old professional with them in mind. They want to find their way. They want confirmation that they’re special, but not alone. At its best, OA fiction can give them a sense of shared problems and identity, while at the same time gently encouraging them to develop their individual terminal personality by discussing all the relevant issues in a safe cultural space. It is a fiction of transition.