I enjoyed very much Mario the Epicurean’s engagement with The Death of the Heart by Elizabeth Bowen. It’s so nice to wake up in the morning to a thoughtful piece on a novelist you love. Thanks, Mario, especially for that last quote–

One’s sentiments—call them that—one’s fidelities are so instinctive that one hardly knows they exist: only when they are betrayed or, worse still, when one betrays them does one realise their power. That betrayal is the end of an inner life, without which the everyday becomes threatening or meaningless. At the back of the spirit a mysterious landscape, whose perspective used to be infinite, suddenly perishes: this is like being cut off from the country for ever, not even meeting its breath down the city street.

–which my inner life, still struggling with most of Portia’s problems, receives as a reminder.

Though not much of a swimmer, I was interested in this until I saw their caps, which reminded me of this. More Acts of Enclosure in the new style, in which an activity open to any human being–going for a swim, going for a paddle, moving for pleasure in a landscape–is repackaged & generously returned to the participant after being stamped with some organisation’s mission statement. Last week you could go to the beach & have a good time. This week you go through the shabby temporary portal they’ve erected on the foreshore to “the Blue Gym”, just one of the thousands of new outside interiors provided for your leisure in the UK, a facility owned & branded by a loose affiliation of interest groups, local authorities, health & safety lobbies, & equipment manufacturers. Welcome to your landscape. There’s just a few sensible rules on the noticeboard there. Play safe & have a great time.

Ghosts, or fragments of ghosts, phantoms of partial vanished events, appear to have piled up in an old house until its new occupant, A, becomes sensitive to them. She is upset by a particular manifestation. She begins to track it down in local history records, piece it together. With each discovery, more of the apparitions in the house are brought in under the umbrella: everything begins to make sense.

Along with this comes an increased pressure on A to bring peace to the house: she feels that only she can understand what has happened–of course, it mirrors events in her own life–and that only such an understanding can “earth out” the psychic overload in the house. But one piece of the story–its conclusion–is missing: no local record can tell her what happened. She doesn’t know where to dig to find the corpse, the star-crossed lovers, the stolen birthright, or the evil object. A can’t right the wrong.

Worried all along by A’s skewed relationship to her house and its past, her friend B repeats the local history research, but across the whole life of the house. B discovers that the attempt to find a single historical explanation for the haunting has caused A to conflate events from two thousand years or more of occupation of the ground. The fountain of blood in the cellar comes from a different incident to the repetitive shriek in the attic. She has mistaken medieval manifestations for seventeenth century ones, children for adults, sex for murder, & strung them all together to make a story she cannot quite complete.

Once B has relocated each incident to its proper temporal place, he understands that the hauntings are not motivated. They are fragmentary, palimpsestic, meaningless. They are a record of habitation, not an explanation of the personal lives of particular inhabitants or a message to the future about some injustice so monstrous no one can have peace until it is righted. It is not the responsibility of the living to redress–or even facilitate the redressing–of wrongs in the past. The past is only the past: we do not owe it any guilt, we cannot even recognise anymore what constitutes it. The past is just some decaying, meaningless echoes. When we “learn” from it, all we are doing is rewriting it according to what we need at the time.

As soon as A understands this, she gets well. The hauntings stop. She has laid the past to rest not by understanding it but by consigning it to the past where it belongs.

I like gardens, but I suspect them too. Gardens pretend to be outside, but their secret is that they are not. A garden is a place you can’t have, a state that doesn’t exist. It’s a door that won’t open. The sightlines of gardens are designed not to deliver, designed to promise precisely what’s not–precisely what can’t be–on offer; their exteriority exactly resembles the reliability promised by a BT Broadband ad, or the empathic altruism featured in an ad for the Halifax Building Society. The heartbreaking quality of the best gardens is that they are a form of nostalgia for something that doesn’t exist; & the worst never achieve that but signal, from the start, Built Environment.

Hassan Blasim’s savagely comic stories of Iraq, The Madman of Freedom Square. It’s a short volume, 90-odd pages. At first you receive it with the kind of shocked applause you’d award a fairly transgressive stand-up. You’re quite elated. Then you stop reading it at bedtime. At his best Blasim produces a corrosive mixture of broken lyricism, bitter irony & hyper-realism which topples into the fantastic & the quotidian in the same reading moment. I can’t recommend highly enough “The Corpse Exhibition”, “The Market of Stories” or “The Nightmares of Carlos Fuentes”.

In other news, Andrew McKie promises a meditation on the littoral, fuelled by The City & the City & with connections to his 2007 report on the Alexandria Quartet.

fucked off from you

Someone arrived here yesterday by typing, “I am just fucked off from you” into a search engine. What a great last line that would make.

From a blog conversation last year:

I get [writer’s] block but I don’t mind because I figure it’s nature’s way of telling me I’m doing something wrong. Therefore I don’t call it that, either. I’m not going to learn anything by using a cliche to describe an important event in my own experience. Rather than call it block, & tie up, & spoil everything with some panic fix, I put it in a drawer–which that might be a month, it might be 5 years–until it fixes itself.

Describing any event in your life by using a cliche robs you of the actual content of the event, & by extension of the event itself. “Staycation” is bad but only irritating. Don’t you feel terror, though, followed quickly by rage, when mediation or advertising or other people’s laziness reduces a major personal event, something you perceived as a complex global change with massively intricate emotional fallout, to a single, stupid phrase ?

What a grotesque coinage that is. I suspect Hilary Mantel made it up for her satire of faux trade-languages (or faux-trade languages) in Beyond Black. 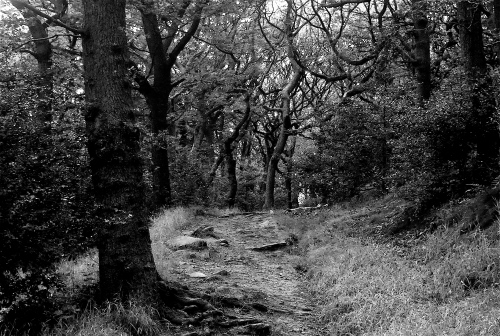 Ken MacLeod illustrates this blog entry on creationism with a picture of some people out for a day’s coasteering & DWS-lite somewhere in Pembroke. It’s a pity the photographer has made them seem so wooden. But they’re clearly having a good time.

the voice of reason

After all this time I should know the score. I should know who you are. I should know what we want from one another. I’m sitting here airside, thinking about that. I’m listening to the turbofans the other side of the glass, the grinding manoeuvres out on the tarmac that pass for action, the premeditated dashes & lunges that pass for freedom. My bag is by my leg. I’m in the smell of coffee & steam. I’m eating an almond croissant. I think: it’s the usual impasse. I think: it’s the customary inauthentic fuck-up. I wait & wait to hear from you, then when my phone rings I don’t answer. Why do you imagine I would, when everything you say, every assumption you make, has for forty years caused me to feel less than I am ? In two hours I’ll be away from here. I can wait another fortnight to find out what I’m worth during this phase of our negotiations, our cross-purposes. I’m sure I’ll be as calm as ever.

I once got a duty-free bag from Schipol airport on which was printed, SEE BUY FLY. Enlightenment, action, release. You would relinquish the first two options, I remember thinking, if only the third looked possible.