Seasons Greetings to all our customers from the staff of the back bar at the Ambiente Hotel. 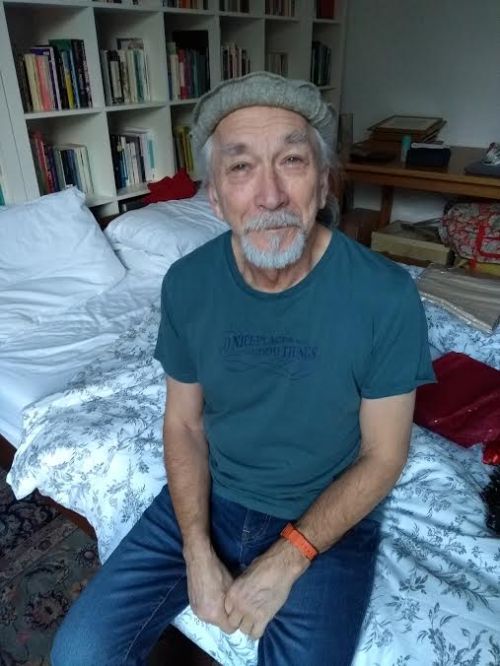 Photo: Alyssia Fignall, from the archives.

the ghost of Christmas past

This character–having stripped himself of all now-impossible futures, thus stripping off all now-impossible future selves, and recognising belatedly that in doing so he has accidentally stripped out the possible self he believed himself to have inhabited prior to and during the act of stripping–now realises that he must begin to act from a place of maximum self-haunting: that is, he clearly has no existence except as the ghost of all the now-impossible hauntings of himself which previously provided him with the sense of self itself. Since he has no self, this decision must be taken unconsciously. (Articulated as possible, it would anyway open itself to the condition of being, at some point in the future, now-impossible.) Faced by the difficulty of this, [someone] decides to decorate the Christmas tree & play Ring Out Solstice Bells at very low volume, thus commemorating all the hauntings and self-hauntings of the now-impossible past.

Operation Not Such A Surprise wound down at Sophie Parkin’s cryptic but welcoming venue Vout-O-Reenee’s, 7th December 2017. They came from all over town & from other towns too. The weather was cold but the club was hot. At a crucial point someone stuck their head out the proceedings and called into the lobby, “Half my Twitter feed’s in here!” Half of my Twitter feed was in there too. Was it statistically possible that half of everyone in there’s Twitter feed was in there? Some chose to believe it was.

Anyway, thanks to everyone who came to celebrate; and especially to everyone who subscribed to my lovely, lovely Tim Etchells neon YOU SHOULD COME WITH ME NOW, which presently lies in its box in the upstairs front room dreaming of mounting a pure white wall etc etc: Richard Ashcroft, Katy Attfield, Geoffrey Bilder, Deb Chadbourn, Eileen Evans, Forced Entertainment, Hugo Glendinning, Sarah Guy, Vlatka Horvat, Simon Ings, Dan Jones, Jerry Killick, Richard Lowdon, Claire Marshall, Philippa McEwan, Cathy Naden, Terry O’Connor, Ian Patterson, Lara Pawson, Cath Phillips, Julian Richards and Penny Schenk. Special thanks, obviously, to Tim for the neon, Hugo for the photography and Sophie for the space; Will Eaves who, though he couldn’t be there, was absolutely present; and Lara, whose energy kept the party project rolling.

The last time I went there it was a late Friday afternoon in October, coming on dark. The key took time going in the lock. As soon as I was up in the room I could see something had been there before me. As I entered it was still disappearing, like an oily residue mixing in water. The air was almost as cold as the street outside.
I went to the window and pulled the blind. People were leaving work, walking quickly past with their heads down. Up and down the road the neon signs were going on one by one. October totters into November. London draws round itself for a second or two and seems comforting. I looked along the street at the smear of light under the railway bridge. It was a place I would now do anything to avoid. It was a signal from the dead. It was all they had to say. They remembered being alive, they remembered a slick of light on old tiles on a wet day, the pavement becoming wetter and blacker as people tracked the rain into it. They remembered the cold draughts under the bridge there. I rang the first number I could think of and said, “We live in the thinnest of worlds, between the past and the future. They occupy more space than that. We never see the whole of them.” The voice at the other end said, “Jake, is it happening again ?” Everything becomes more itself, or what people have understood it to be. Under the bridge the dead are a cultural force. “Even when they’re perfectly still,” I said, “they seem to us to be moving. We only see them moving through.” “Jake?

You Should Come With Me Now, Comma Press