fat mickey wants to wish you a happy new year 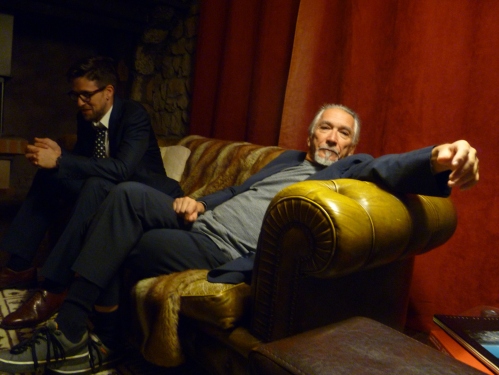 Frost. Smoke and mist trapped under temperature inversions in every steep little valley. Sudden dazzling light. A surreal tractor rally in nowhere. Later, Gothic winter ivy and near collisions in the lanes around Prolley Moor. With dusk the local drinkers get their welly down in the 4×4, hunched behind main beams. The satnav undergoes identity breakdown &, trapped in an obsolete idea of itself, will only plod east whatever we ask it to do. “It’s already taken us here. Look! ‘Dangerous Hill’ again!” I hate the satnav anyway, it has usurped my last raison d’etre. What’s life, if you can’t even hunch over the 1:25000 with a single-LED torch in your mouth, pretending to navigate. On the other hand if I’d pretended to navigate sooner we might not be here now. “Dead horse! Dead horse!” “Dangerous Hill! Dangerous Hill!” There’s nought but bones. With a satnav you never know where you are.

This year I decided, against my normal practice, to send the Tories a Christmas Card. I hope everything that can go wrong for you will, that everything you can’t control comes back on you & controls you, and that as you sing your self-exculpating Victorian hymns (sing in exculpation) and eat your vast expensive meals, you smell for just a second your humanity rotting in its grave. 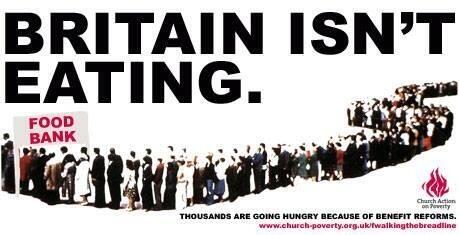 A Happy Christmas to everyone else, the best possible Christmas to the fucked up and the nearly done, all the deadbeats and ne’er-do-wells, the metaphysicians, atheists and losers, all the so-called scroungers, all those not in receipt of a Royal pardon, all the thoughtful, intelligent and above all decent people who believe there is such a thing as a society, the readers and the writers, students and philosophers, and–especially–a big shout out to the 32,000 paid-up UK citizens who on Christmas Eve didn’t receive benefits to which they were entitled, due to “administrative error”.

Let’s get together in the New Year and start putting things to rights. It’s going to be a long haul: but it was a longer haul, from a harder place, in the first half of the last century, and those people managed it.

a not entirely imaginary review

A gardening obsessive mixes up a flower [codonopsis] with a woman he sees on a visit to Kew. Soon he’s seeing her at the botanical departments of the libraries and bookshops he customarily frequents; he’s inviting her home, to use his collection of rare botanical books; he’s watching her covertly as she works. Sometimes she brings with her a man who might or might not be her boyfriend, with whom she seems to fall out suddenly. After that she doesn’t talk much. Then she stops coming and he discovers that she has drawn all over the illustrations in his beautiful books and left him the message “Only winter is true”.

drag the present into a sort of consciousness of itself

The commentariat limits the new to the new it already knows: the only new it will acknowledge is the new predicted & confirmed by its own discourse.

–This, from a post of June last year, seemed worth emphasising again.

not the correct role model for the poor

Here’s some confused right wing vegetarian Gradgrindism. The poor are to suffer–otherwise, where’s the differential between them & us? If they learn to deal with austerity in a capable, good-humoured way, obviously we haven’t made them poor enough. The poor, it can’t be said too often, must be seen to be poor. They must know they’re poor, like proper poor people, & feel the stick. Above all, think of the chickens. This is, to say the least, confused. The “arguments” themselves resemble the efforts of a dishevelled and ageing fowl to avoid an inevitable fate–lots of thrashing, not much plan; underneath them you can hear thirty years of not very intelligent ladies-who-lunch, ill-equipped to defend their own sense of entitlement, fitfully mashing up astrology with Ayn Rand in a nice little place in Primrose Hill. Beyond parody, but also very revealing: Jack Monroe’s lively, determined & above all practical response to adversity seems to have enraged the right more than any amount of parliamentary politics. She has stolen one of their most traditional tunes. She is clearly not what they bargained for. Not the correct role model at all.

Update: shortly after blogging a response to this surreal rubbish, Jack Monroe received a demand for £936, ostensibly from Getty Images, for her use of screen-captured images from the DM piece.

There isn’t one of these pictures that doesn’t sum it all up perfectly. But I especially like the blood-snow in the first one, symbolising the end of the organic regime in the anthropocene–a paradoxical enough concept to handle in a book, let alone a window display. Happy Gifting to all teletubbies! Giant headphones! Your world mirrored back at you! The Harrods windows look as if they’ve been scripted by Ayn Rand: the 1% shows us its Christmas, the light falls on our upturned faces. Welcome back to 1856. Unless you’re actually in the 1% or exist as a corporate entity (see death of the organic in the anthropocene, above), in which case this is your politics, you should understand that your political affiliations don’t matter here: these displays celebrate a cross-political war on everyone. You may support the Randistas & their noncommissioned officers in government: but they don’t support you. 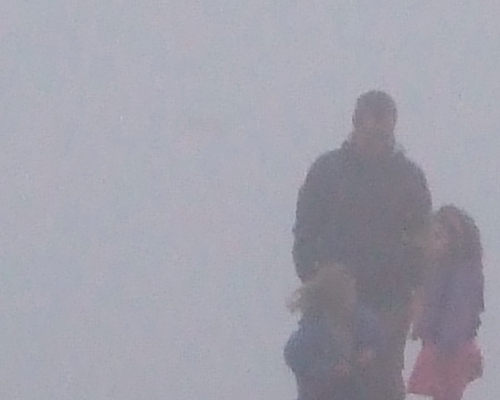 Most disappointing book of the year: Bleeding Edge took three weeks to read, partly because the steady warble of the prose displayed all the signals of irony but none of the thing itself, replacing it with New York sentimentality, self-congratulation and smartassery. I don’t know enough about coders or coding to know if that part of the book was authentic, but from the tone I had my doubts; and by the end I had given up trying to tell members of the vast supporting cast apart.

Donna Tartt was a quicker read, with some nice turnovers midway and some splendid Vegas anti-sublime (“The sky was a rich, mindless, never-ending blue, like a promise of some ridiculous glory that wasn’t really there”). But The Goldfinch rationalises itself too completely, too competently and too evidently. “There wasn’t a single meaning. There were many meanings. It was a riddle expanding out and out and out.” This is what we’re told but it’s not what we’re shown. What we’re shown is the usual fiction contraption, in which meaning equals a fully-closed structure, and in which the idea of “many meanings” itself becomes the one meaning, the solution, a closing down rather than an opening up. Lawrence Durrell was miles ahead of this 60 years ago.

Given what I’ve heard about Dave Eggers’ The Circle, nothing would persuade me to read it in its year of publication–often better with Eggers, as with Franzen, to wait for the ambient rage and hysteria to die down, so that you’re reading the book rather than everyone else’s reading of it.

If I have a book of the year in the accepted sense (ie, that it should be a book published in 2013) it’s Marcel Theroux’s splendid rubber-tube Gothic, Strange Bodies, which compounds John Gray, Samuel Johnson scholarship, Russian weird science and post-structuralism; a lively sarcastic tour of modern ideas of consciousness, personality and the soul. But I’ve noticed that in a couple of the Year’s Best so far, respondents have picked novels from previous years. What an implied admission. What a relief. In July, in an experimental frame of mind, I bought a Kindle and began stuffing it with favourite authors, discovering almost immediately a Denis Johnson I hadn’t read. So Angels (1983) is my out and out book of the year. I only wish I hadn’t read it, so I had it to read again.