on the rock island line

When I was young we had three shelves of books. I remember Little Brother to the Bear and Coral Island. Most of the rest were popular military histories. World War Two was still alive in our house: my father had The White Rabbit; memoirs of Operation Market Garden; biographies of General Montgomery, one of his heroes. The rest of his heroes being engineers there were engineering biographies too. Rolt’s Isambard Kingdom Brunel, an expensive birthday present from my father to me, I could read only under supervision. I didn’t mind. I found it lacked the sadistic punch of The White Rabbit & the calming qualities of Little Brother to the Bear. My father’s record collection was small, we listened to a lot of Chopin. My 78 of Lonnie Donegan’s Rock Island Line had to be played while he was out; when he caught me dancing to it he was confused & angry. That would be 1954, 1955. 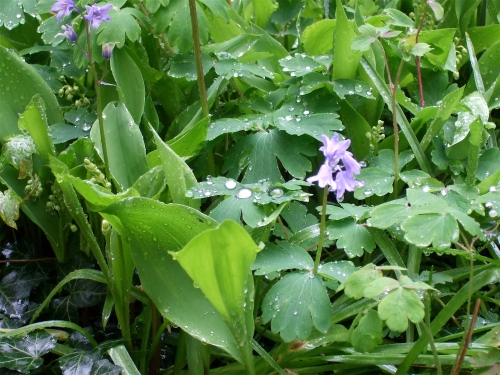 What I liked about Climbers was its one-to-one relationship with stuff. My first climbing rope was braided polyprop. They told us: don’t, whatever you do, buy a polypropylene rope & top-rope on it. So we all went out & got polyprop & drove down to the sandstone & top-roped on it. 100 foot of polyprop cost about £3.00 at the time. Nobody was daft enough to do anything but top-rope on it.

So I top-roped my first route at Bowles on three turns of polypropylene rope round the waist. There was a really neat way to tie a bowline on 3 turns, which I probably don’t remember now. My polyprop was blue & in better nick than the string in the picture above. I did a classic abseil on it the same weekend while wearing shorts & a T-shirt & burned big grooves in myself. We weren’t supposed to abseil yet, but I had a book with a diagram in it.

I heard an equivalence in tone between the words “the Leveson Inquiry” & Mark Danielewski’s phrase “the Navidson Record”. Instantly, Leveson fell whole into Danielewski’s arid self-flattering maze of layered & ultimately unproductive discourses; while in return the presiding void of House of Leaves gained for a second an authentic horror it hadn’t earned. Then the pair of them rustled, shifted & vanished into one another, cannibalising mutually as they went. Discourse space was empty again & I felt free.

The last time I went there it was a late Friday afternoon in October, coming on dark. The key took time going in the lock. As soon as I was up in the room I could see something had been there before me. As I entered it was still disappearing, like an oily residue mixing in water. The air was almost as cold as the street outside. I went to the window and pulled the blind. People were leaving work, walking quickly past with their heads down. Up and down the road the neon signs were going on one by one. October totters into November. London draws round itself for a second or two & seems comforting.

I looked along the street at the smear of light under the railway bridge. It was a place I would now do anything to avoid. It was a signal from the dead. It was all they had to say. They remembered being alive, they remembered a slick of light on old tiles on a wet day, the pavement becoming wetter & blacker as people tracked the rain into it. They remembered the cold draughts under the bridge there.

I rang Phoebe & said, “We live in the thinnest of worlds, between the past & the future. They occupy more space than that. We never see the whole of them.”

She said, “Jake, is it happening again ?”

Everything becomes more itself, or what people have understood it to be. Under the bridge the dead are a cultural force. “Even when they’re perfectly still,” I said, “they seem to us to be moving. We only see them moving through.”

The cat is old & blind but still likes to go out & drink rain.

This object is rather beautiful. Realised topology. But somehow I can only envisage it as a sort of late 90s techno-pagan toy, a gadgetised Chinese lantern already heading downslope from the sublime to the banal after its fifteen minutes as an expensive Christmas present. & that’s before they crowdsource a way to use it to deliver surveillance. Which reminds me: this. Which is the most frightening: (a) little hummy birds ? (b) that this waffle was written by an adult ? (c) that we live in a world where the words “take-home pitch” have a meaning ? Oh, wow, Darpa will help us spy on everyone else from a distance! With little hummy birds! & bomb them in, what, can I believe this ?, a very short time! Wow, gosh, I have such a crush on the rocket scientist aspirational speaker.

Eldranol the Elf Lord is wheeled to bed every night on a reinforced composite & titanium gurney. Two or three attendants lift the thick laps of flesh & lovingly clean out the sores down in the creamy, lardy folds where his genitals still nestle. He has lost some of his right foot to diabetes. The Queen left him 100 years ago, with her dwarf, for the North. But none of this will ever spoil his dream of finishing an ultra-marathon. At night in a secondary world of his secondary world the Elf Lord runs, barefoot & effortless, across the Great Erg Desert (see map), wearing only the traditional leather kirtle, while his favorite daughter keeps watch over his sleeping body with its faint, calming smells of ketones & antifungal cream. She’s a feisty urban vampire princess but her heart is so in the right place. She can’t help but wonder how things will go with them when the horde arrives at the gate next Wednesday. Tomorrow, in a final attempt to reach out to his people, the Elf Lord will feature kingdom-wide in the Don’t Do This To Yourself segment of Supersize vs Superskinny; while for the Princess it’s a Kickass Battle Looks last chance on QVC.

I’m not against worldbuilding…

…on the grounds that it impedes narrative. Nothing I’ve said has anything to do with worldbuilding vs narrative. Worldbuilt fantasy is over-engineered & under-designed. Whatever the term worldbuilding implies, it isn’t deftness or economy. A world can be built in a sentence, but epic fantasy doesn’t want that. At the same time, it isn’t really baggy or capacious, like Pynchon or Gunter Grass. It has no V. It has no Dog Years. It has no David Foster Wallace. It isn’t a generous genre. The same few stolen cultures & bits of history, the same few biomes, the same few ideas about things. It’s a big bag but there isn’t much in it. With deftness, economy of line, good design, compression & use of modern materials, you could ram it full of stuff. You could really build a world. But for all the talk, that’s not what that kind of fantasy wants. It wants to get away from a world. This one. 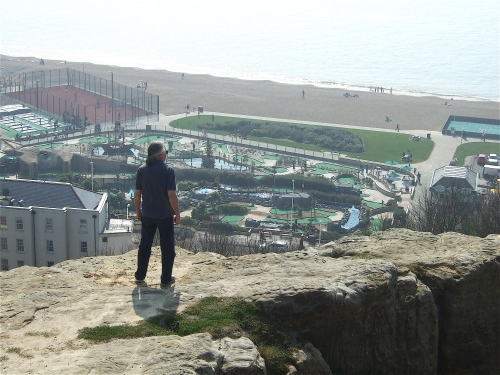