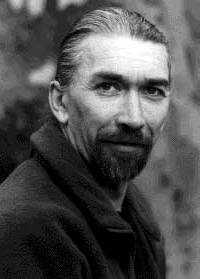 This volume of short stories, 1969-2019, selected, ordered, and edited by Ra Page, is introduced by Jennifer Hodgson & available from all good bookshops or direct from the Comma Press site.

It contains material from my first collection, The Machine in Shaft Ten; and reprints for the first time three recent stories, “Land Locked”, “Colonising the Future” and “Doe Lea” (originally published as a limited & numbered chapbook by Nick Royle at the Nightjar Press).

“Overall, there’s the abiding sense of a country, a culture, a way of living, that has run itself into the ground, the loss not only of a world but the whole apparatus of understanding it. But, again, that doesn’t quite account for it. Harrison is always gesturing at something moving underneath the water.” —Jennifer Hodgson

“Collecting half a century of absolutely extraordinary work.” –William Gibson

“Harrison is fascinated not just in occupying the borderlands of genre but also with characters who live on the margins. The selection brims with people that have fallen between the cracks, exiles from societies that could never accommodate their eccentricities. From the inexplicable mental decline of an old university friend in ‘Running Down’ to the old refugee of ‘The East’ whose estrangement is as much about linguistic dislocation as geographical, his stories frequently evoke the works of Ann Quin and Alexander Trocchi in their affinity with the outsider and their commitment to literary innovation, placing him firmly in the British experimental tradition.” —Calum Barnes, the Quietus

“Settling the World is a collection for enthusiasts of the contemporary weird. But it will appeal to anyone who loves elegant writing and new ways of looking at culture, philosophy and the contradictions of existence.” –Morning Star.

“The humdrum and the fantastic are in close conversation … Harrison writes memorably about people who are bewildered, sidetracked, trapped or on the lookout for opportunities to change.” –Henry Hitchings, The Spectator.

Read a free story from the collection, here at Granta.

Short stories aren’t lightweight. They are pieces of engineering, built to deliver. Writing isn’t a form of powerlifting with the novel as its bench press. So here are some recommendations, & a connection to the resource that is Jonathan Gibbs’ Personal Anthology project. & this recent piece by Chris Power, too.

This site uses Akismet to reduce spam. Learn how your comment data is processed.