If the classic mystery writer is to keep her covenant with the reader (PD James calls it “playing fair”, though she may be taking up a slyer position than first seems), large volumes of data must be conveyed. Any channel is acceptable. The cast face front & announce themselves, adding a brief genealogy, a short CV, some personal history, a rationale for their behaviour to date. That explains the woodenness, but not the sheer unlikeability, of the characters in The Private Patient.

Lovely to get a namecheck for Climbers in the comments here. I agree with “nickum” on James Salter: Solo Faces is such a sharp novel. I’d add “any essay by Jim Perrin” to the list, too; & also anything by John Krakauer. This is not to mention Robert McFarlane.

Re-reading: TM Wright, A Manhattan Ghost Story. The Telos edition has an interesting introduction. Here’s Wright on the dead (to add to WG Sebald on the dead)–

“.. you are allowed to know them and to see them, but not well, not at all well, only as well as you see the living.”

you haven’t been conned

I watched David Hare’s TV adaptation of My Zinc Bed, his play about three drunks, gripped by its weird tensions & astonished by the oblique intensity of the interactions between Paddy Considine & Uma Thurman as they hoovered one another up. I say “oblique” because I was never entirely sure what I was being shown. Was this just kissing ? Or was it something else ? Why was it so sudden, what was I to understand by that ? I couldn’t get my eyes off it, or off the millionaire house in Regents Park, or Jonathan Pryce’s ego (was it just his ego or was it something else ? What was I to understand by it ?), the way I sometimes can’t get my eyes off a Poliakoff. There was a frying intensity of focus on objects & exchanges that could barely handle it. There was a discontinuity between the content & the delivery so massive that you could only ever call the content “apparent”. You expected the narrative to skid off suddenly into completely unexpected territory–when it didn’t your expectations were only ramped up another notch. “Charged” was a word you might use. Everything–a scene, a gesture, two lines of dialogue–called itself into question. Well, of course, I was very excited by that. I felt drunk on it. Then when I woke up this morning, I realised that was exactly what I had been–drunk on it– & that if My Zinc Bed had been made about alcoholic taxi drivers for ITV’s 9 o’clock slot, by the usual suspects, with the usual suspects in the cast, I would have spotted its ordinariness right off.

“You sound as if you liked it then but you’re trying to find ways not to like it now.”

“You haven’t been conned, Mike.”

Instead of upping the presentation-to-content ratio, & bringing your praxis into line with everyone else’s, you could ask yourself why you’re writing. As a result you might find you want to submit the story by stencilling it on to sixteen roughly torn sections of newsprint & burying it in some corner of a South Ossetian field at midnight. For a little more adventure, move to Rotherham & paint it, a sentence at a time, on randomly chosen cinderblock walls (no wall being closer than fifty meters to any other but all face north) over the next seven years. Or for stay-at-homes do what I often do: keep it on your hard drive until the mother of crashes makes it unavailable to anyone except a Scottish man with big frizzy hair & a complete collection of Tank Girl comics.

I’m not being perverse. Well, not entirely.

Things I can remember storing: around 500 books; bookcase made of found wood; a broken dining chair only needs a little glue; two thin ethnic rugs, rolled & cat-haired; Indian folding inlaid table 1976, hinges gone; signed copies of books by people I had fallen out with; single-spaced typewritten drafts on pink, yellow & white paper in a size fractionally larger than foolscap, 1965-1987; a good pair of jumars no one would want any more; plugs & wires from lost electrical equipment; futon, black, used-looking; handwritten journals in four colours of ink, in system binders, 1980-1987; the view from 15 Rye Hill Park, Peckham, 1988; around 500 books; two framed originals by Ian Miller–study for the cover of Viriconium, Allen & Unwin 1988–Interzone illustration, “Anima”, about the same time; another picture. Some letters; Christmas cards & polaroid photographs in shoeboxes; postcards in shoeboxes; useful items found in a North London skip, 1967; box of clothes; bag of clothes; box of casettes w/out labels; maybe an old telephone answering machine with greasy tangled wires; a broken Olivetti M15 laptop with a tailpipe guarantee; Walkman, pink earbuds, still plays but I sat on it; aluminium saucepans, kitchen things; cat bed; address books; editions of my own books & stories, pages brown, paper smells of shit or almonds, 1971-1998; keys to a silver Citroen BX; everything in my life that made me feel nauseated at the time; everything I wanted to forget; a nice John Lewis table 1.5 metres on a side, two years old or less when I stored it.

paradoxes i don’t get them

Take hares. I get The White Hare, it’s romance. I get The Granemore Hare, it’s death. I get The Hare & the Tortoise, it’s advice. But I don’t get Achilles & the Hare, it’s a geek thing. In the world, hares are caught, & eaten; & if they aren’t it isn’t because the gap between them & their pursuer always remains fractionally open. It’s because Achilles fell over. I don’t care about paradoxes, & neither does the world, which just goes on working & thereby sustains all this parasitic babble of attempts to describe it.

C believes I have no sense of humour, either. What I don’t get most just now is why the title of this book is Lewis Carroll in Numberland, when it should so obviously have been called Carroll in Numberland. Maybe Charles Dodgson could have posed that as an entertaining mathematical puzzle.

Infinite Thought just so sums it up. Me for that sock puppet life, too. 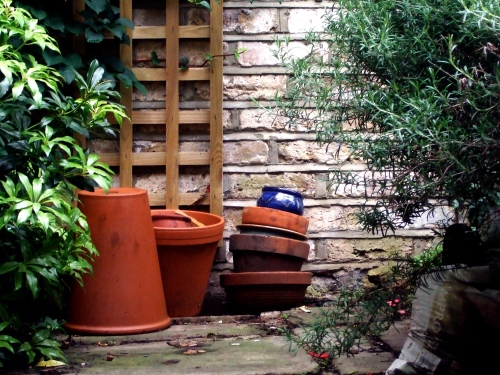 Or this. Right now.

Flushed by the success of his July workshop, Tony White is running another on Tuesday, August 26th. 09:45 to 17:00, the Science Museum, Exhibition Road, London, SW7 2DD. It’s free, but pre-booking is essential. Go here for more information and to reserve a place.

london through a lens

C’s latest project at Time Out, London Through a Lens, launches on Wednesday evening at the Getty Images Gallery (exhibition runs from Thursday). C chose the pictures for the book, organised them, and wrote the captions (although not the ones used by the Telegraph). “Think of it,” she told the Telegraph, “as an idiosyncratic photo album, amassed by a very long-lived relative with wide-ranging tastes, and a somewhat odd sense of humour.” Ok then, we will.