not really a metaphor

This house is old, late 1700s. It shifts and resettles with the weather. It makes noises in the night. It makes noises when you walk about. It’s seen a few things. It’s “like a ship”, whatever that might once have meant. All the impressive old floorboards, along with some of the less impressive newer ones, are interestingly warped. They’re bowed, creaky and flexible. Yes, they’re fun–like the mystery cupboard someone made from part of a now-vanished staircase on the top floor–but more fun than you might want when you wake up in the dark with your anxieties arranged unartfully around you. Next day you’re aware of every dip and bounce. Outside the dry cold winds of late February grind around the town. The loft is fine to think about because the roof’s good and the floor up there’s brand new. We could sail the loft out of this port any time. We never use the word “subside”. 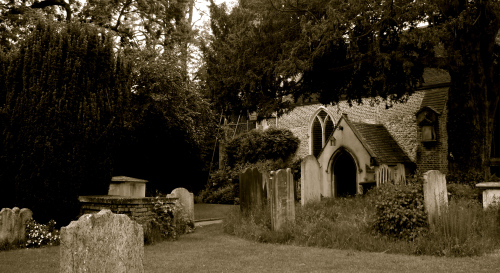 Disconnected memories. Uncertainty of events and entities in their relations with reality. The author positioned like Maxwell’s demon, feeling able to claim that this is the inside & that is the outside (the conscious & unconscious, the forgotten & remembered, the admissible & the inadmissible). Calculatedly inefficient filters will be placed at points of transition represented as boundaries and edgelands. The hiatus or glitch, the dropped catch or stitch between the living & the written.

When I was an obsessive climber, Shropshire was just a corridor you went down to get to Wales. You turned right or left at Birmingham, depending whether you’d come north or south. The effect of blinkering yourself in that way is that you accidentally save up unexplored territories. By 2005, whole areas of the country were overwhelming me with the sudden, pure clarity you feel in childhood and adolescence–nostalgia for landscapes you’ve yet to investigate, places you’ve yet to know. Shropshire, the South Downs, the Rhinogs: the world seemed new again, but now it was set up perfectly for an old head. I was certain I could make something out of this feeling, but publishing–which would rather you didn’t find things new again, for fear you might wander off on the wrong track–got in the way and since then writing has been a process of struggling back to a lost start point, through a substance a bit like glue.

A dream in which I was looking for someone, or making a journey to a house where they could be found. I went on foot & sometimes by bike. I had to take a small bird with me. Sometimes the bird flew, sometimes I carried it in my hand. My hand had to be held flat or very shallowly cupped, in case I crushed the bird. I had some worry about that, & some worry that the bird might fly off or become lost. At the same time, this was not a dream of anxiety. The person I was looking for could be described like this: a boy, younger than twelve but quite grown up & intellectually mature, very companionable & at ease with people. The house might be described like this: no older than the 1930s but feeling Edwardian. Detached. In the Home Counties. On a hill, in woods. On soft earth. Bay windows. The bicycle considerably more modern. No threat in this dream, & the only tension centered on the bird, for which I felt a duty of care. I was looking forward to seeing the boy, whose ideas & ability to talk were already attracting the interest of writers & teachers.

The handrails of Stoneway Steps are somehow both rusty and polished by use. The stair descends a succession of slots between frost-peeled red brick walls built on to layered outcrops of eroded sandstone poisoned with oxides and thick with cobwebs. Look up and you see the backs of houses and shops in the High Town. Old disused doors open into the air. Windows dusty and broken, likewise. The steps, bound with iron, rims shining from use in the wet depths, fall away towards the 16th Century houses by the river. Bridgnorth–pronounced with heavy emphasis on the second syllable–has the only inland cliff railway in Britain; also a church built by Thomas Telford, from the grounds of which the tilted ruins of Robert Bellem’s castle (founded 1101, demolished 1647) look less like architecture than the bow of some curious unfinished ship, darkly grooved, pocked, implying further structure hidden behind the trees–part-riveted decks, perhaps, vast girders with the cladding yet to be applied. It’s as if Telford had built St Mary Magdalen’s not on top of a hill but at the edge of a dock: as if his genius had already seen into some future of immense sea-level rises. The castle gardens are, by way of a counter-statement, comfortably ordered, safely landlocked, full of bedding plants.

never think beyond the problem of getting things down

Stop reading. Stop being anxious about your relations with books. Assume your skills are adequate. Assume you don’t know who you are. Go away to another town. When you get there, don’t “write”: instead begin recording what you see. Describe a life you can only be on the edge of. Get those people down. Get down what they do, what they say, how they say it. Aim for observational accuracy but understand that you can only ever proceed from emotional & moral judgements you have already made. Never try to resolve that opposition. Never think beyond the problem of getting things down. Keep everything. After two years go back to where you came from, if you any longer believe that to be possible, or if you believe yourself any longer to be the you that went away. You can start trying to “write” again now.

Originally published as “note found in a copy of The Cosmic Code”, in 2013.

the door in the wall

“The door in the wall was an icon beloved by late Victorian and Edwardian alike. The symbol of lost opportunity, or of opportunities not fully taken. If you pass through the door, the story goes, you cannot be anything less than changed. If you don’t pass through it, you still cannot be anything less than changed. Choice, here, offers a fifth major compass point, an unnamed direction or plane. It’s the plane of nostalgia, and of nostalgia’s inverse, a kind of weightless but abiding regret.” From “Self Storage”, You Should Come With Me Now.

Photograph: “Dilapidated doorway” by Paul Dobraszczyk, from his fascinating collection at Rag-picking History.

Brutalise all plans and conceptions. Lose patience with last year’s ideas. Bolt wrong components to wrong components. Sustained acts of Frankenstein and self-piracy. Address current emotional issues not old ones. New observations/notes. New philosophical/political insight. New structural problems/solutions. New imagery. Sense of adventure. Sense of risk in the material. Affront your hopes for yourself. Glee at breaking own definitions and taboos. Carnage in the files. Parameters missing at the outset may be the very things writing will show you. Reject nothing.

Original blogged as “acts of Frankenstein” in 2012