It was very fine to be evicted from the David LaChapelle exhibition at the Antiguo Colegio de San Ildefonso, for carrying a bottle of mineral water; especially since the work concentrates itself around images of immersion. Water lay still in every image–shallow so far, and seeping only slowly, but imperiling and transfiguring everything. I sat outside in the sun, wondering what Delirium of Reason had led to my expulsion. But after a moment or two it began to seem apt. I began to feel as if I had learned a lesson (although that isn’t a gentle or subtle enough way of putting it) in a language I didn’t–but might soon–understand. This lesson had nothing to do with LaChapelle, or the Colegio, or mineral water, or any of that: it had something to do with how you are in the world. How you control, or don’t, its access to you. My suspicions were confirmed within half an hour, at the Museo de Arte Popular.

An old Ford Taunus with a drift of fallen petals across its bonnet; sunshine at the end of a side street off Reforma; guns in the cafes. At dawn yesterday, I thought Mexico City had this strange brown soapy light, but it’s the dust on the outer window. Already bored with the resurgence of the disaster story, I wonder if you could write something like that in which the charge was reversed & the world became beautiful. Still broken, & still freed from meaning –built environments & ideologies– but unbearably beautiful.

My review of Allegra Goodman’s The Other Side of the Island, in the NYT today. Interesting reactions to the same book by Liz Hand & Abigail Nussbaum here & here.

Urban fantasy: the domestication of a few images & behavioural tics which were barely unacceptable in the first place. It was a frisson obtained not so much by glamourising or romanticising the disordered (though it did both) as by denying or correcting the trait paradigms of some common dysfunctional behaviours. It cleaned up what it claimed to be representing & always drew its conclusions from a safe space outside dysfunctionality. A normative manouevre, defining a “good” dysfunctionality (he’s an anorexic self-harming killer elf but he’s our anorexic self-harming killer elf), urban fantasy was often described as having an edge. As a result, by the late 80s, “edgy” had become the publishing synonym for “young adult”. Later, even in publishing, it came to have the same meaning as “bland”.

i think i’ll go to mexico

Reviewing: Far North, Marcel Theroux. Reading: Peter’s Room, by Antonia Forest. Re-reading: Michel Faber’s extraordinary Under the Skin–what can you say ? Looking forward to: Mexico City–the Festival del Centro Historico–in a couple of days’ time. I might blog there, or I might be too overcome by the thought that the writer of The Night Buffalo & Amores Perros has walked those mean streets, etc.

A chimpanzee did pre-planned violence, something we believed only human beings had the intelligence for. While that’s interesting & –of course–comical behaviour, it might conceivably have been a safety hazard for visitors. So we castrated him. This solution (a) maintains the very important distinction between humans & other primates; & (b) eliminates the risk of him passing on his genetic material. What is the very important distinction between human beings & other primates, I hear you ask ? It’s that human beings can fly to Sharm el Sheikh for £29, you loser.

every rivet stands out 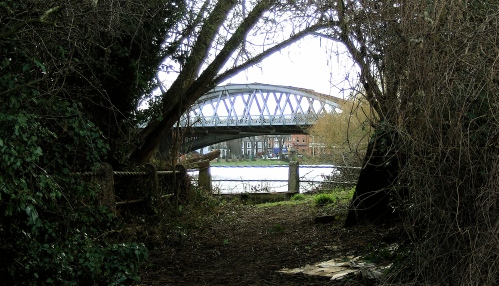 can we please not have the global conversation any more, please

This is all so dreary. No one in the 50s quite understood what the term “global village” would actually mean. What it turns out to mean is that village concerns become globalised. Those of us who left Deep Warwickshire in utter fear & rage, in 196-whatever, looking for the many benefits of an alienated & intellectualised modernity–that is, a city in which no one knew your name or cared what you did, a place where plans for a different future could be hatched–never expected that 40 years later it would all have caught up with us again, via the flattered self & media feedback looping. But here you go: village psychodrama acted out in big. Parochialism in the UK, it’s coming some time maybe. The problem with people like Myerson is that they already think their family is the centre of the world. Why the fuck are we encouraging them ? Thank god for Barbaric Document’s steadily ironic view of the process.